I don’t think that I’ve mentioned it before, but I absolutely adore Andy’s parents. They’re loving, supportive and solid as a rock, all while being the life of literally any party. So when Andy said they were coming over last weekend, I was super excited! He was talking to them on the phone, and I asked if they wanted to go out for dinner or if they wanted me to make something and then go out after… and I heard his dad yell in the background – “Tell him to make carnitas!!” 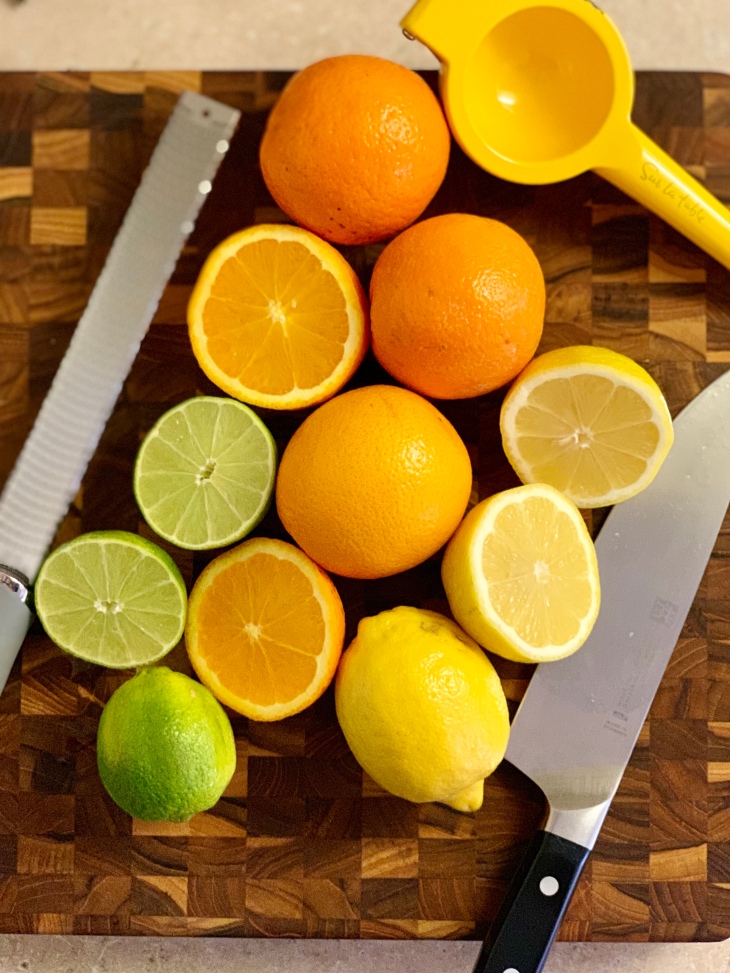 Keep in mind that his parents have never had my carnitas, so its reputation is purely word of mouth. I graciously obliged (because I’m not ever known to say no to pork) and went out the next day to buy all of the ingredients. I may have gone a little crazy at Costco with the 9lb loin I bought, but I have no regrets – the rest of that meat will end up as blog recipes anyway!

I also had to make a run to my favorite little supermercado too, and I love any excuse to go there. I snatched up my banana leaves, achiote, citrus, and peppers I needed, with a few guilty pleasures with them. (Chicharrones are my weakness)

The day that they came over, they opened the door and were welcomed with the smell of Yucatán cooking – earthy, citrusy, and slightly smoky. It still had about an hour to cook before frying it, so we all took different jobs in prepping for tacos while having some drinks. My favorite thing about Latin recipes isn’t actually the food though, as mouth-wateringly delicious it is. It’s actually the tradition of having family gathering together to all make a meal. Someone doing the meat, someone heating the tortillas, someone making fresh salsa… it’s an amazing sense of togetherness.

It’s also how I was introduced into food – always helping my mom mix dough, make pasta sauce, prep veggies and everything in between. It forged an incredibly deep connection between myself and food, but also between me and my mother.

So gather up the family and fry up some carnitas for your next fiesta! You won’t regret it! 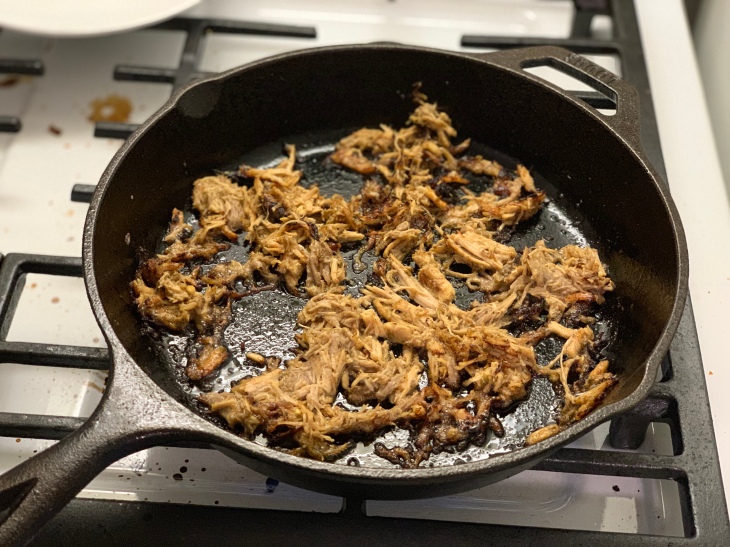 Even though this recipe might seem a little daunting because it’s so long, the Dutch oven really does all of the work.

While traditional carnitas aren’t spicy at all, you can add more or less chilis, jalapeños, or other sources of heat to customize it to exactly what you want. And it’s the same thing with the citrus – just make sure that you still have roughly the same amount of total juice. You can even use grapefruit if you want! It mimics the flavor of the traditional sour oranges that are used in Yucatán cuisine, and adds a new flavor.

*Banana leaves are fairly easy to find at most Latin or Asian markets. However, you can omit them if you would like, and could add something else in lieu to get some of that grassy, earthy flavor.

This site uses Akismet to reduce spam. Learn how your comment data is processed.